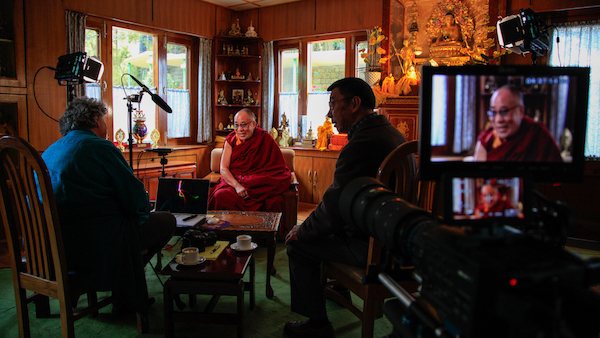 The Great 14th: Tenzin Gyatso, The 14th Dalai Lama In His Own Words,
uniquely and exclusively features Tenzin Gyatso as both subject and narrator
as he presents the full arc of his epic and very public life as the 14th Dalai Lama.
Based on intimate conversations, it’s a portrait both profound and inspiring.
From childhood to adulthood, through his lifelong quest for democracy,
the true nature of power and the nobility of our humanity is revealed.
It’s a story—and a film—for the ages. -MVFF

With love and gratitude,

and everyone at Frame of Mind Films

You can help us continue bringing our important and inspiring work to the world's screens; all it takes is a small donation.